It is sometimes useful to open very large files for viewing or editing, such as logs or file type data sources. Traditional editors do not manage files of several hundred MB and it is therefore necessary to focus on specific tools. Here is a selection of software for opening large text files.

To evaluate their performance in opening and search (I have not tested in writing), I created a test file containing the text "Lorem ipsum": lorem_ipsum.7z(297 Ko). The uncompressed file weighs 766 MB and ends with the term "TEXTE_RECHERCHE", which is the object of the search. 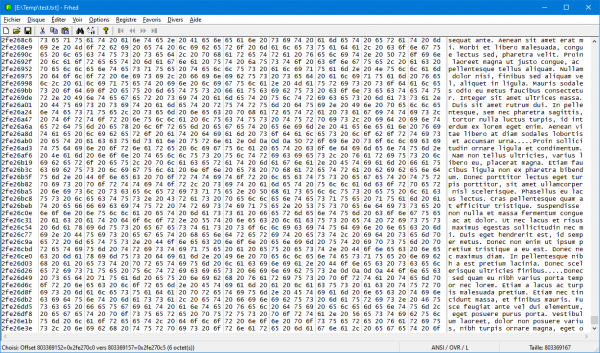 is a hexadecimal editor which allows you to load files of several GB. By hiding the view hexadecimal and by increasing the size of the text view, it can be effectively used to remove multiple GBs in seconds. 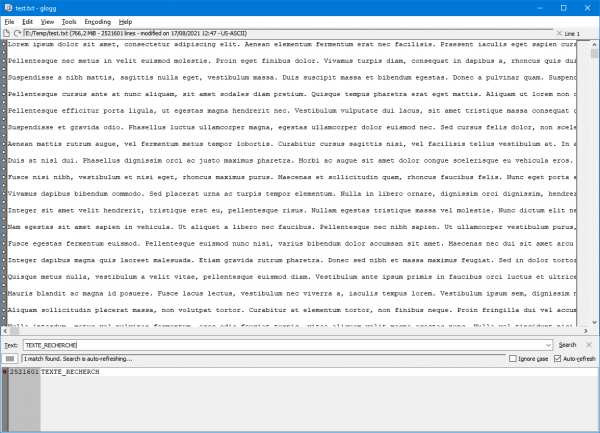 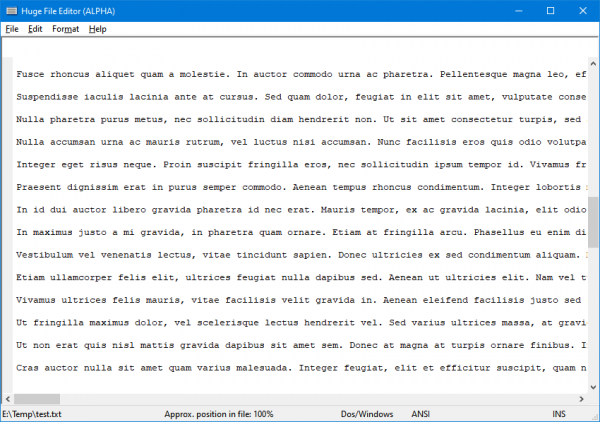 Test file: opened immediately, search found in 18 seconds (note that the last character of the file is not displayed). 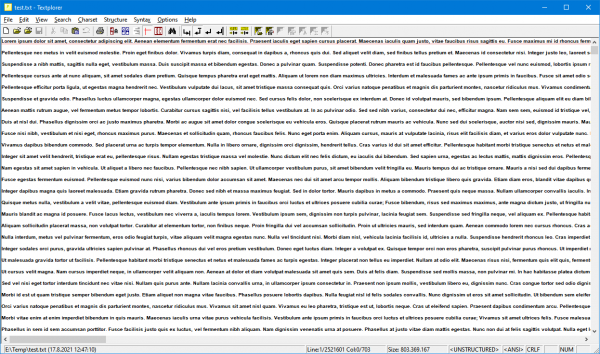 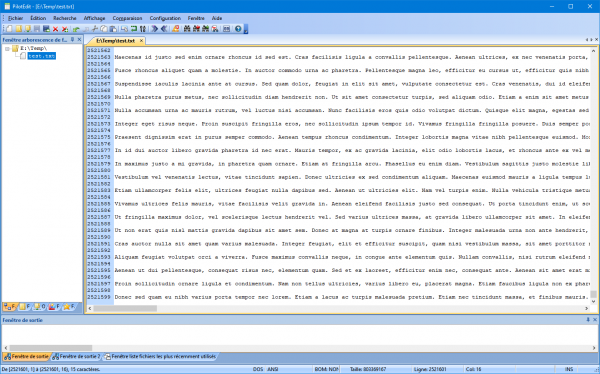 PilotEdit exists in paid and free version. The free version allows you to open and edit files up to 10 GB. Paid versions can compare files. 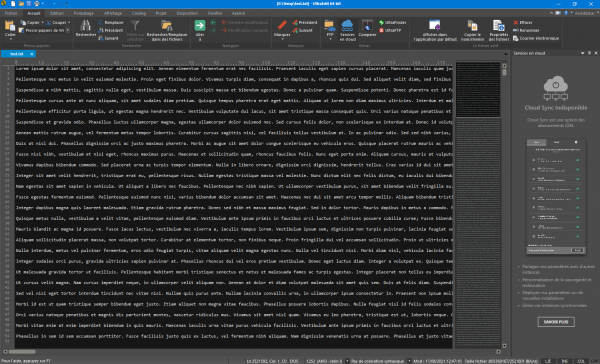 The trial version of UltraEdit does more than just open and edit a file, it's an editor in its own right. It allows you to open files of several GB and offers, in order to speed up modifications, not to create temporary files. 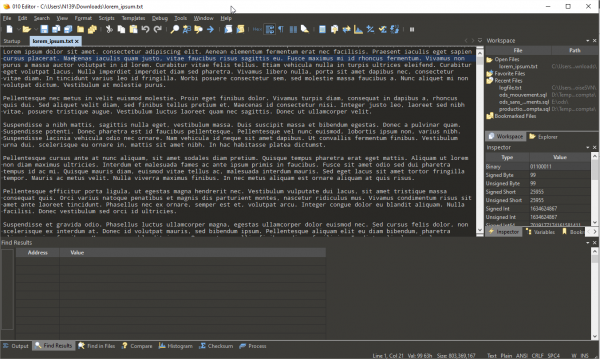 Available as a 30-day trial version, 010 Editor is a heavyweight for opening and editing large files. I was able to open and edit 200 GB files without a problem (at the cost of waiting for more than 2 minutes to load).

It offers a lot of options, including the ability to mark the start and end of a selection so you can quickly delete it or extract it to a new file. This is really the software to remember if you need to work on high volumes. 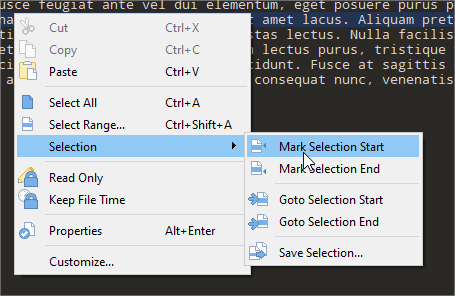 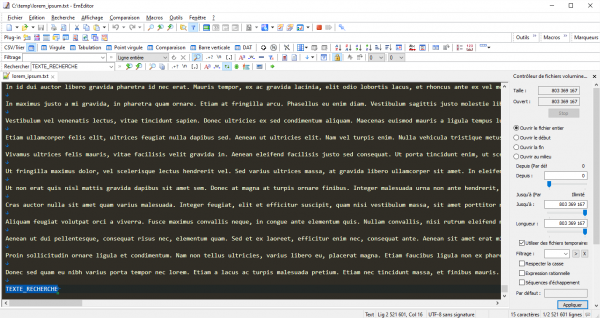 Offered as a 30-day trial, EmEditor is another heavyweight in opening large files. It is literally packed with features: file comparison, macro generator, encoding conversion, duplicate search ... However, I found it to be less practical than 010 Editor on the large volume line deletion part.